A simple, effective video demoing what Siri on the iPhone 4S can accomplish in real-world situations. Don’t forget to scroll down to read more about the new technology. From Apple:

Siri on iPhone 4S lets you use your voice to send messages, schedule meetings, place phone calls, and more. Ask Siri to do things just by talking the way you talk. Siri understands what you say, knows what you mean, and even talks back. Siri is so easy to use and does so much, you’ll keep finding more and more ways to use it.

The New Face of Apple.com

Shortly after the end of the iPhone 4S keynote, Apple’s website now appears to be out of commission. 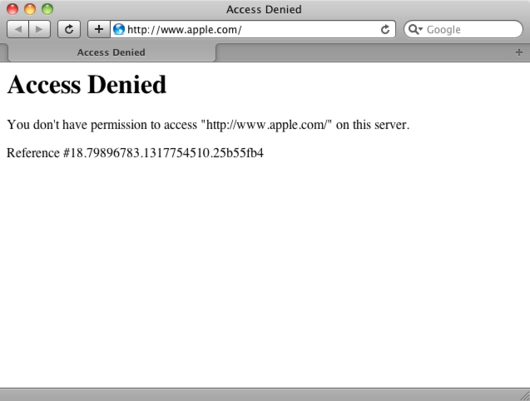 Update: The site appears to be back up now.

T-Mobile Throws Weight Behind Samsung In IP Battle With Apple

On Sunday I covered how Verizon was siding with Samsung in their IP battle with Apple, and now it appears T-Mobile has also decided to weigh in on the issue. Today, T-Mobile filed an amicus brief opposing the Samsung Galaxy ban. From their statement:

While T-Mobile respects intellectual property rights and believes that owners of intellectual property deserve the right to present their arguments and evidence of infringement in court, a preliminary injunction is a drastic and extraordinary measure, and the courts should pay particular attention to its public consequences

T-Mobile may soon be the only major U.S. mobile carrier to not offer the iPhone, with rumors that Sprint will soon offer the top-selling device. Couple this with the fact that 90% of the smartphones T-Mobile sold in 2011 run Android and you can start to see why they too are concerned over the ban.

Cole Brodman, Chief Marketing Officer for T-Mobile USA has made it apparent that they do not know when they may carry the iPhone. From GigaOm:

“We’d love to have the iPhone whenever Apple makes that available,” he said, adding that the ball is in Apple’s court. “We are waiting for that phone call.”

I always thought a major selling point of Android was the diversity offered from multiple handset makers. But if Apple wins their case against Samsung, this could cause problems for future Android phones before they make it to market. Considering T-Mobile relies almost exclusively on the Android smartphone platform, this precedent could spell problems for them going forward. 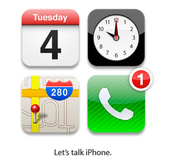 AppleInsider
From The Loop:

Apple on Tuesday officially announced its iPhone 5 launch event. According to the invitation received by The Loop, the event will be held on October 4 at Apple’s Cupertino, Calif. campus. The event will begin at 10:00 am PT.

I wonder if the notification badge containing the number “1” over the phone icon symbolizes that only one iPhone will be announced.

I just read the following quote by The Angry Drunk via a link from Daring Fireball:

While the Netflix changes are certainly annoying, and the messaging was less than stellar, we need to make sure to remember where the blame ultimately lies — with the content providers. Until they decide to get with the program content distributors like Netflix and Apple will always be at their mercy and customers will continue to suffer.

Until they decide to get with the program content distributors like Netflix and Apple will always be at their mercy and honest, paying customers will continue to suffer.

Everytime I see a Disney commercial advertising how a movie will only be available for a limited time before going into the vault, I have to wonder how much longer that trick will work. I doubt even honest customers will continue to wait for the next timed vault release instead of simply finding a torrent and downloading it.

Note: I do not condone piracy, but in situations like this, I understand why some choose to do so.